I love summer. Part of that love is generated by long months of winter, without which, summer wouldn't be quite as grand. So here is to summer days. 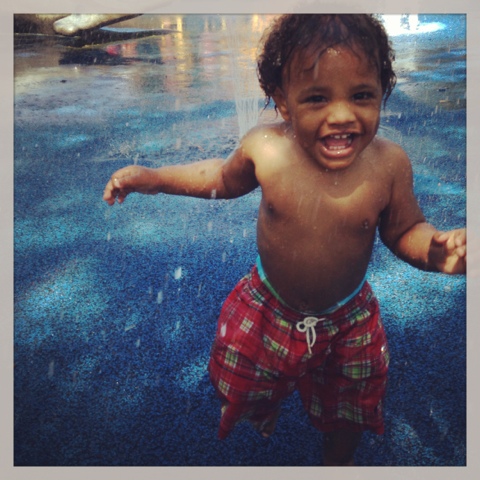 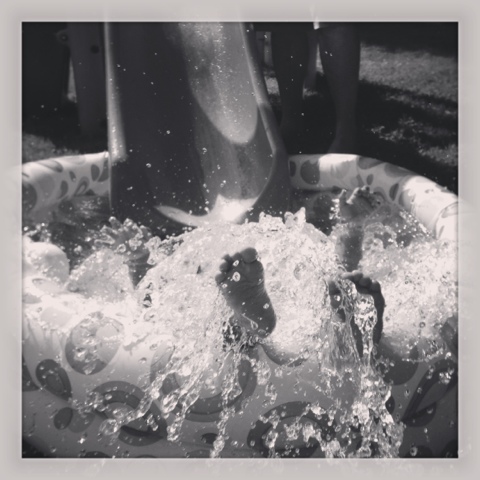 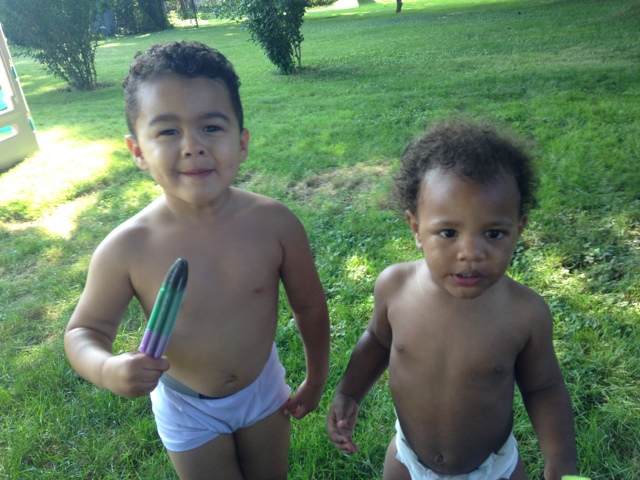 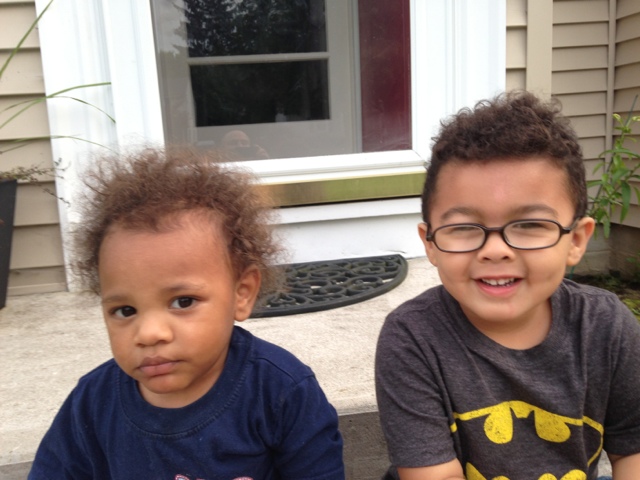 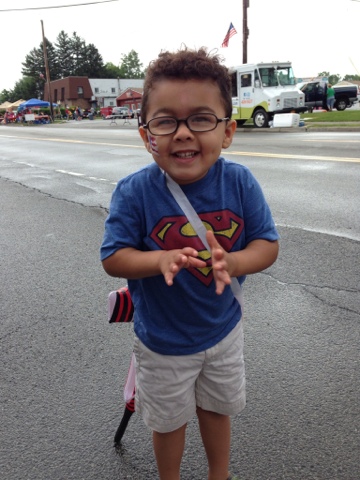 Bad luck.
That is what our life has been like lately. Allow me to vent a little. It started a little more than a month ago. My awesome, manly 1997 Ford Taurus with 186,000 miles started to fall apart. Not all at once mind you. Just $300 dollars here, a new set of tires there and then a few more minor visits to the mechanic later and we thought we had our car back. While that was going on, we went on a little family outing and managed to leave an iPhone on top of the car as we went driving down the interstate. Now that phone is scattered to the winds. And the road. And everywhere else.
So we bought a new phone. Then we found out that the car was sicker than we thought. In fact it had a terminal illness that would require transplants of almost every major organ. And then no guarantee that it would get better. This all happened while Lisa's family was here for a wedding. Just a nice little added touch. The next day, we got even better news. The dryer died a slow horrible death. Again while everyone was here.
So yesterday, after everyone had left, Lisa picked me up from work (because we only have the one car) and we went to look at new dryers. After having looked at several we decided that we would stop one more time even though it was close to bedtime for the kids. We'd be quick we said. It'll be fast we said. Just one quick easy stop. Until the lady backed into our car. It wasn't quick or fast or any of those things. An hour later after the police came and made a report, we went home, with a slightly battered car and without having looked at dryers.
Our luck has to turn sometime. I should buy a lottery ticket.
Posted by Chris at 22:50 1 comment:

The bathroom is finished. The end must be near. The finishing touch was the floating shelves. Most importantly, Lisa is happy. 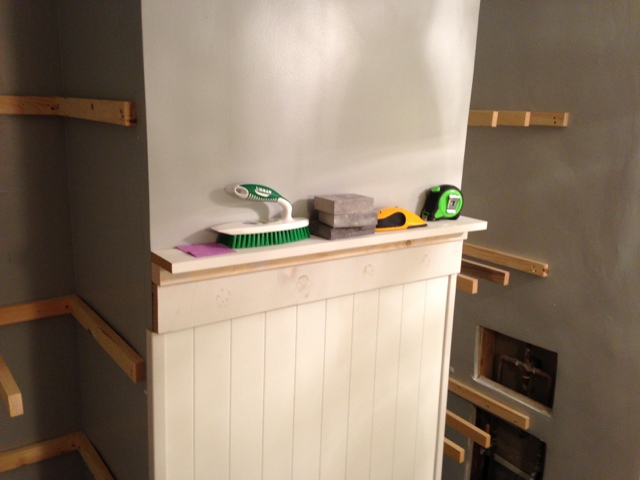 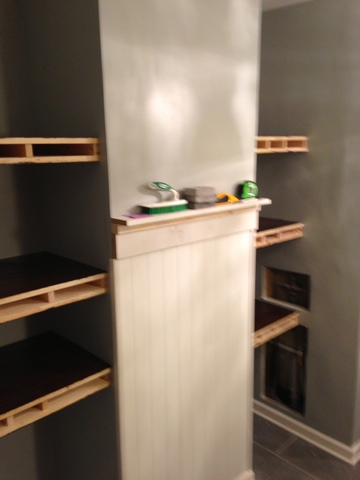 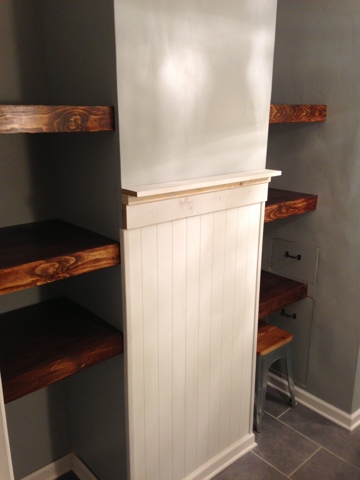 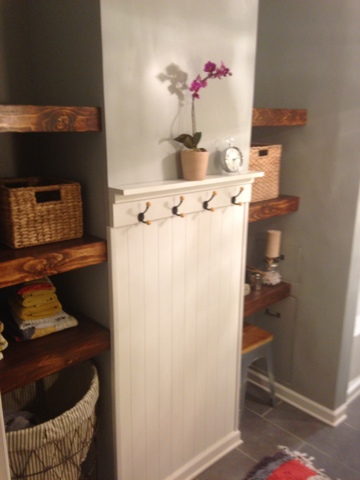 This kid is cute when he is asleep. Other times...not so much. 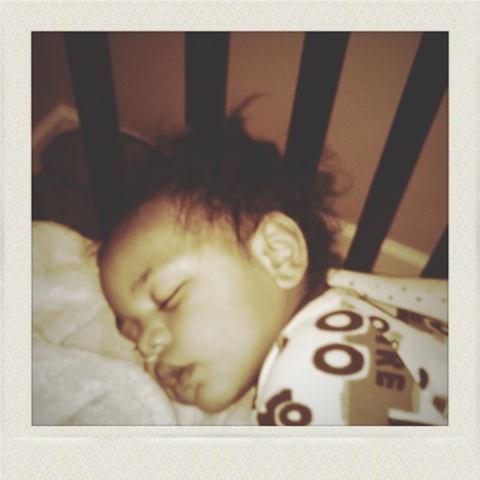 In other news, we have a small basil plant reaching for the sun in our front window.  Caleb calls it the "baseball plant".  He's my son. 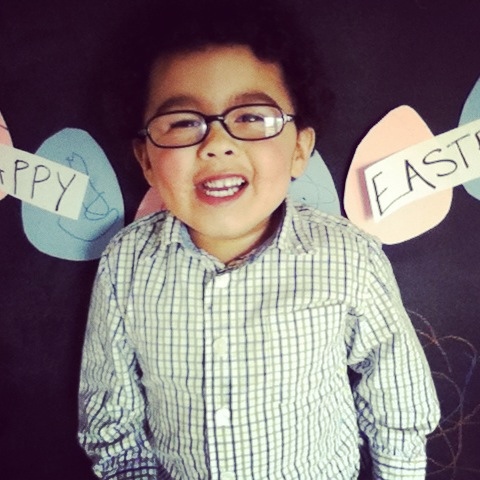 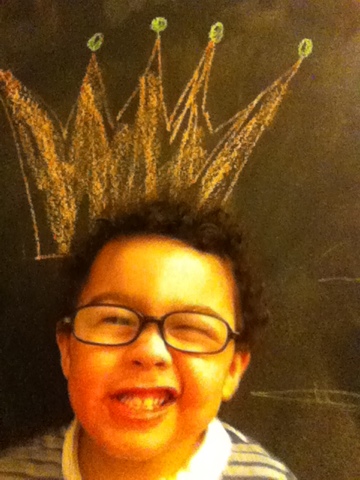 Life is good.  I'm typing this with the hand pictured below that has mostly returned to normal.  The bigger good though is this. 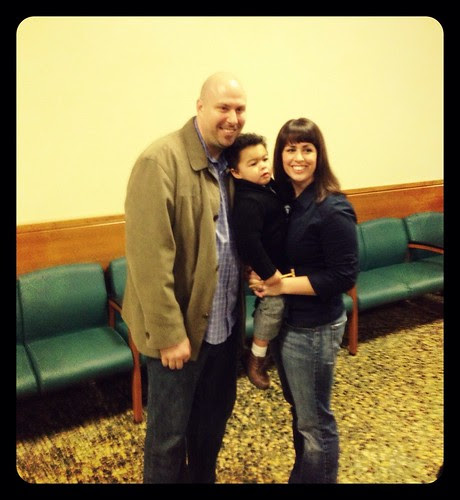 This is the Packer Family at court, shortly after the adoption was finalized.  Lisa made a great video of the last three years leading up to this here.﻿ We had lots of family come out for the adoption, sealing and Thanksgiving.

Since then we've been enjoying life doing things like this. 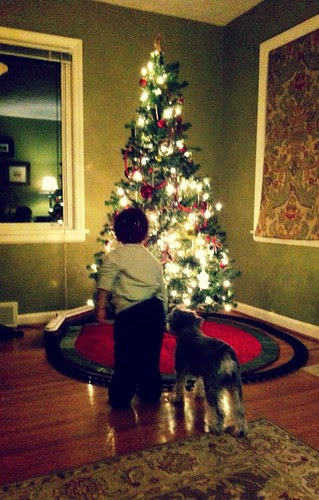 And acting like we always do.  Proof that he really is a Packer. 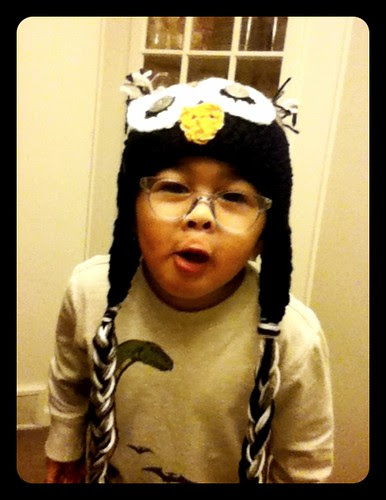 One should never fight with power tools.  The result is fairly predictable.  Always a little thick headed, I took on the table saw this last Saturday...and lost.  The result was much better than it could have been, no lost appendages, no severed tendons, just mangled flesh, lots of stitches and 15 minutes to type out the last two sentences.  If you don't want gory images in your head, turn away now. Otherwise, happy viewing. 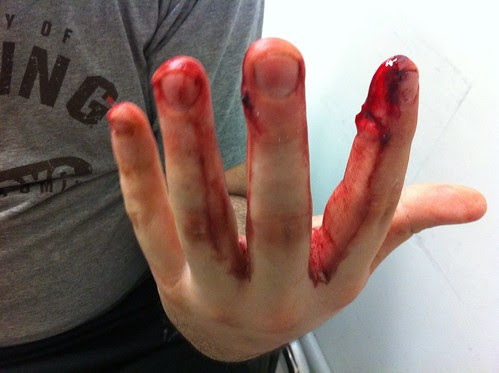 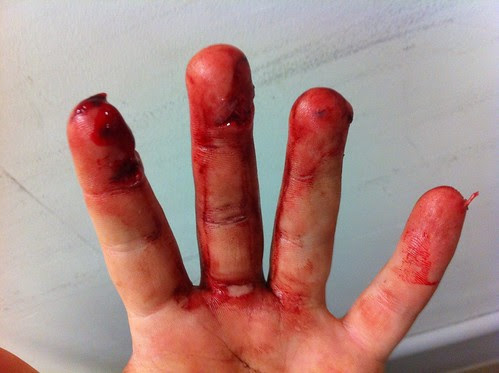 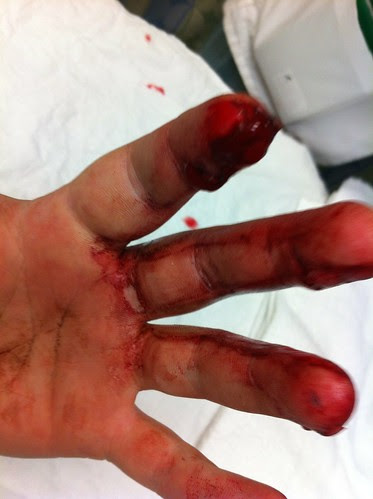 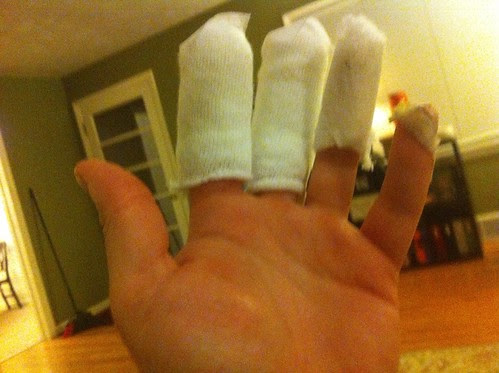 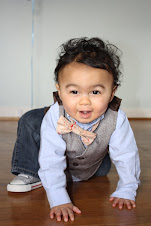 People that I know or am somehow related to

Where in the world